OPPORTUNITIES BEYOND OUR CAMPS

Sailing doesn’t stop with our camps. In fact, we encourage all of our participants to get involved with their local sailing communities. Beyond our training camps, Warrior Sailing offers our graduates unique opportunities to get on the water, learn new skills, become part of the sailing community, and have a blast all at the same time. Check out some of these opportunities here.

An annual event taking place in San Diego, CA, the National Veterans Summer Sports Clinic (NVSSC) promotes rehabilitation of body and spirit. They do this through teaching summer sporting activities to veterans with significant physical or psychological impairments. A variety of sports are available to participants. The Warrior Sailing staff takes the lead on offering sailing to the 100+ veterans in attendance. This is a one-day version of our Basic Training Camp. The NVSSC gives veterans exposure to the sport and to our program. As a result, many attendees then go on to register for future training opportunities with Warrior Sailing. You can learn about our time in San Diego this year here. 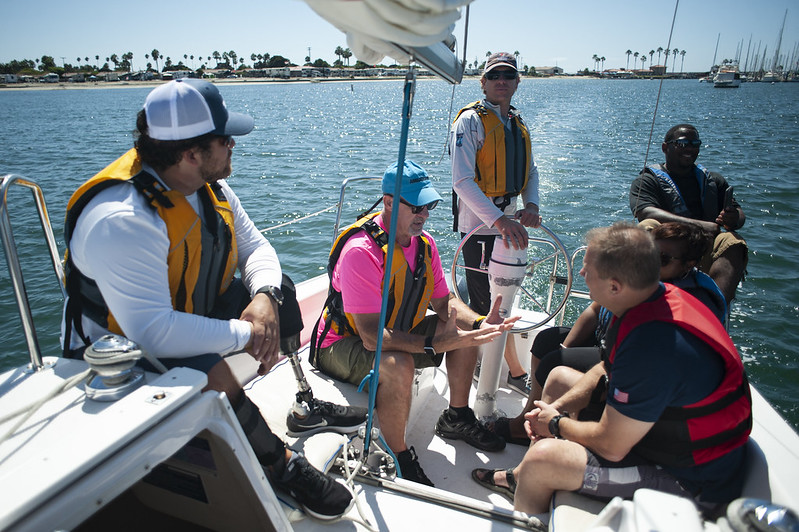 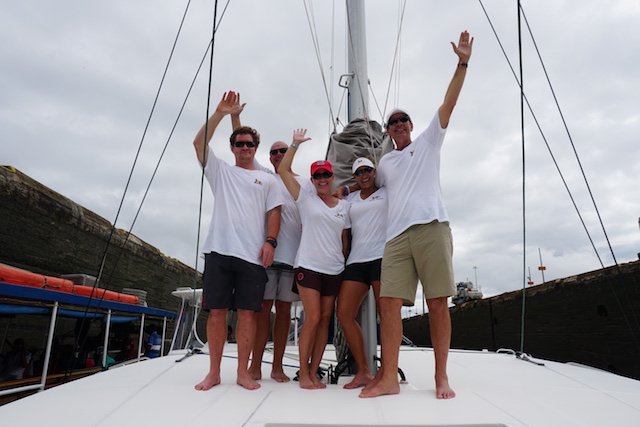 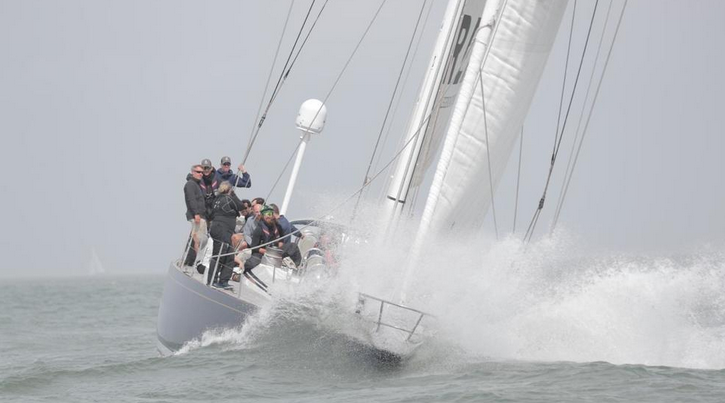 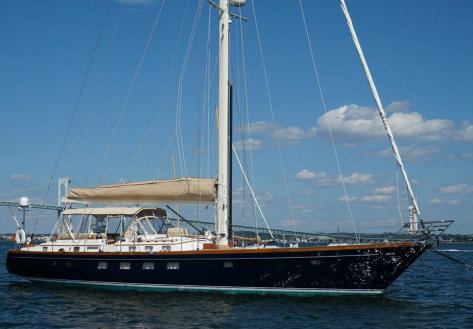 As a program of the USMMA Sailing Foundation, Warrior Sailing has access to a wide variety of opportunities for training camp graduates to learn about the sailing industry. One way we engage our Warrior Sailors beyond our camps is to invite them to take part in USMMA Sailing Foundation vessel deliveries. Deliveries are often multi-day offshore undertakings. Above all, they give the Warriors hands-on learning and a realistic view of what it takes to run a large vessel. All deliveries are supervised by experienced, professional, captains. Many of these captains have also served as Warrior Sailing Coaches. Most importantly, by serving as crew onboard vessel deliveries, Warriors are able to log hours toward certifications and possible employment credentials.

Warrior 53′ and CYC Race to Mackinac

Last summer, we established a presence on the Great Lakes. Warriors learned aboard the Farr-designed Warrior 53′ and the Nelson-Marek Warrior 43′. Working out of Traverse City, Warrior 43′ served as a platform for weekly racing, veteran day sails, and basic training. The other vessel, Warrior 53′, campaigned across the Lakes. We competed in world-class events like the Chicago Yacht Club’s Race to Mackinac and the Little Traverse Yacht Club’s Ugotta Regatta. Our professional coaches, paired with a team of seven to eight Warriors, spent the summer training on Lake Michigan. Through this experience, we introduced program graduates to the world of offshore racing. We trained and raced on the Great Lakes again this summer, and look forward to another season there in 2020.

Charleston Race Week is an annual regatta that is the largest keelboat regatta in the United States. Warrior Sailing has attended this regatta for two consecutive years. We sailed in the small keelboat fleet of J22’s. Additionally, we sailed the large boat fleet with the Foundation’s largest sailboat, 84’ Metolius. Above all, Warrior Sailing’s participation in Charleston Race Week highlights the additional sailing opportunities provided to camp graduates. Not only do the participants increase their sailing skills during this event, but they also have the opportunity to grow their network within the sailing community. Check out the videos below to learn more. 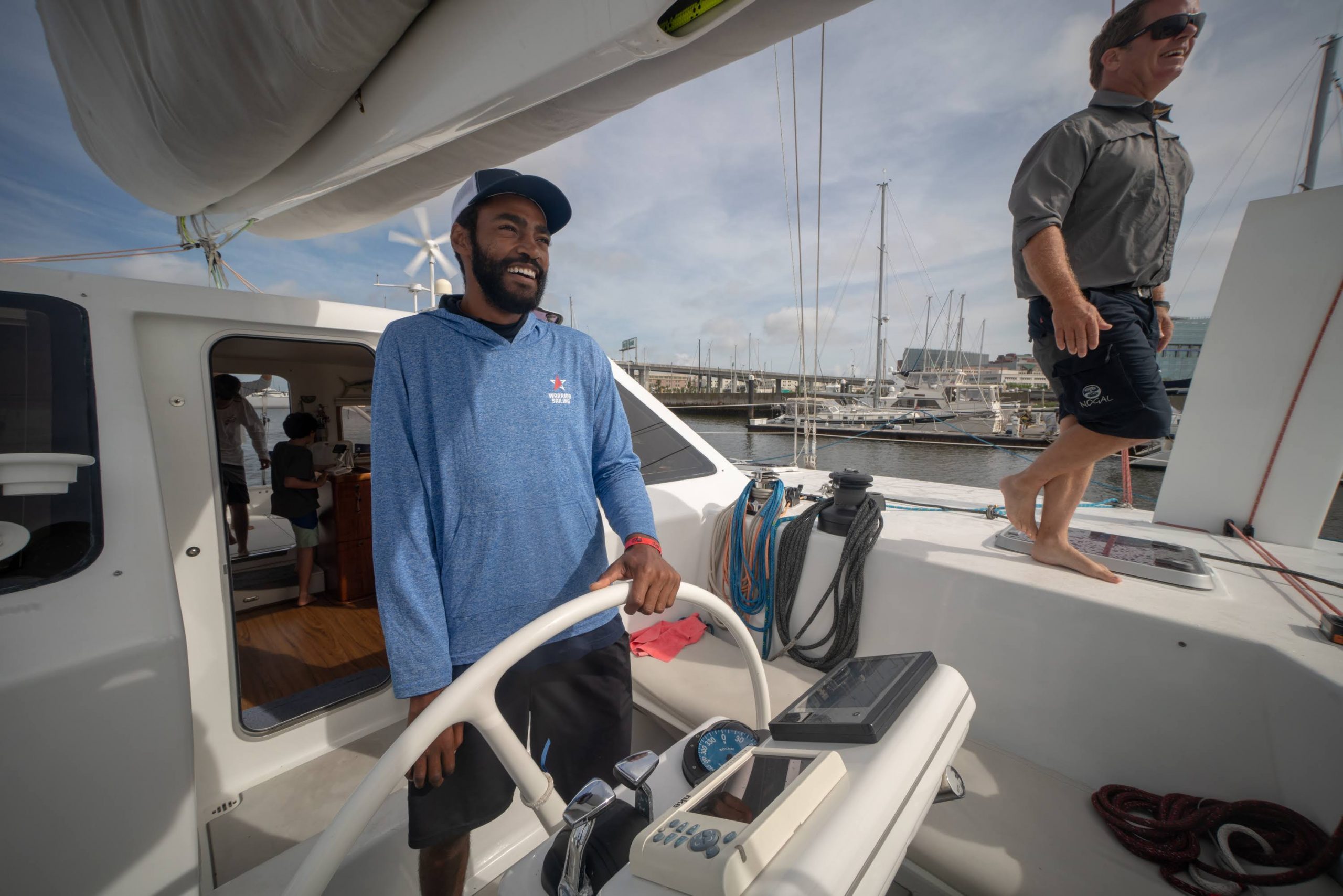 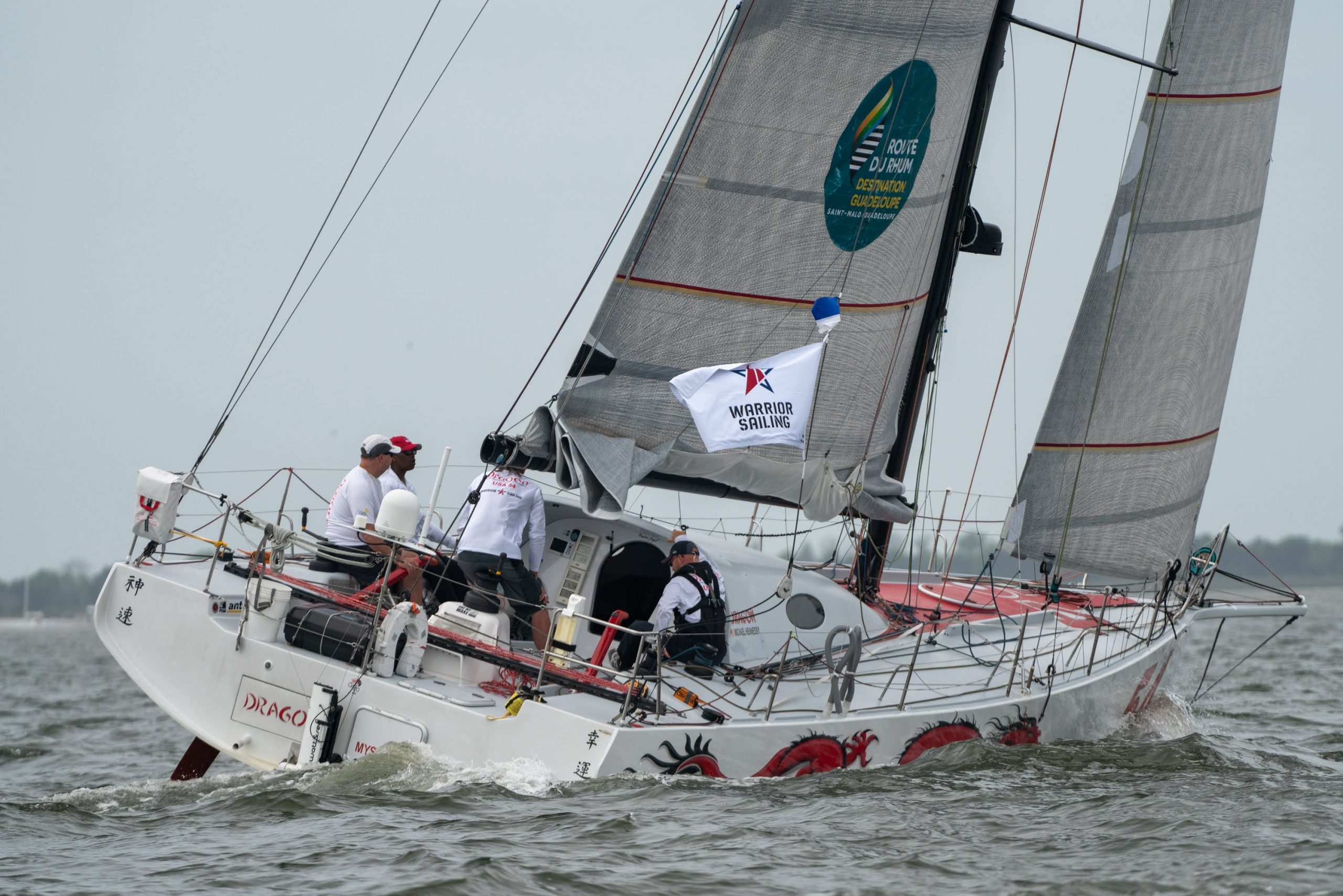 In the wake of the 2001 terrorist attacks, a few local sailing enthusiasts scrambled to organize a regatta with the hope of honoring and supporting those impacted by those tragedies. The first Sail For Pride Regatta rallied over 180 boats in Newport, RI. Because of their effort, $110,000 was given to charities that supported the NYFD firefighters, police, and the families of the victims of the attacks. This display of patriotism and generosity on and off the water made a lasting impression in the sailing community.

After the inaugural year, the organizers retired the name Sail for Pride, but continued the event as Sail For Hope. This change reflects the Rhode Island state motto. The event is now aimed at supporting local charities. Charities supported over the years have included the RI Red Cross, Seamen’s Church Institute, Newport Harbormaster’s Emergency Equipment Fund, local public high school sailing teams, and US Olympic Sailing Trials. Even more, Sail for Hope had a huge fund-raising year in 2005 after Hurricane Katrina’s devastation of New Orleans and the Gulf Coast. To date, over $1,000,000 has been raised for various charities.

Warrior Sailing has been honored to be one of the charities for this event. Warriors and staff sail aboard a foundation vessel, as well as a generously donated Class 40 race boat. The one-day regatta is a chance for graduates to sail in Newport and also raise awareness for the program. 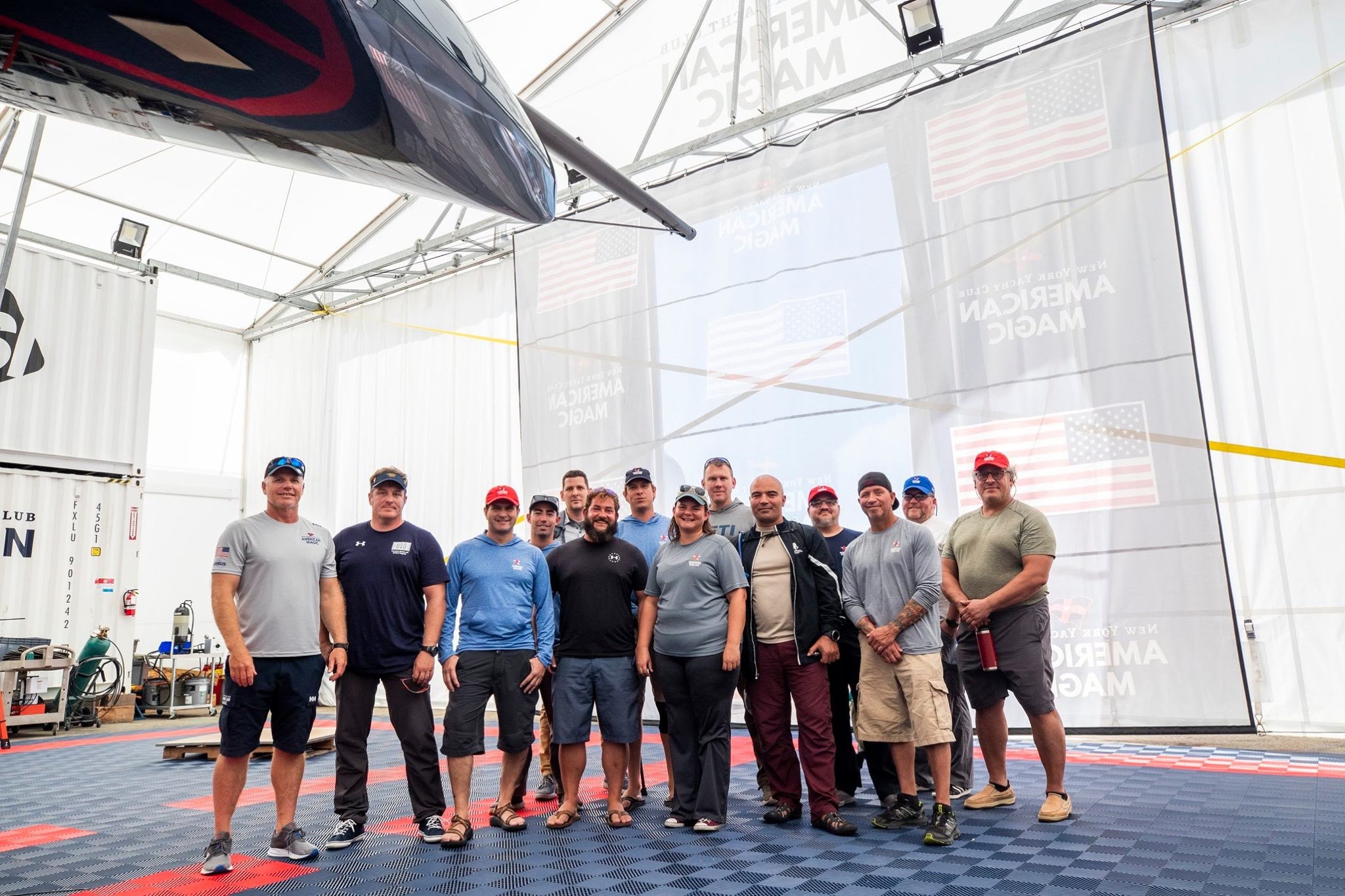 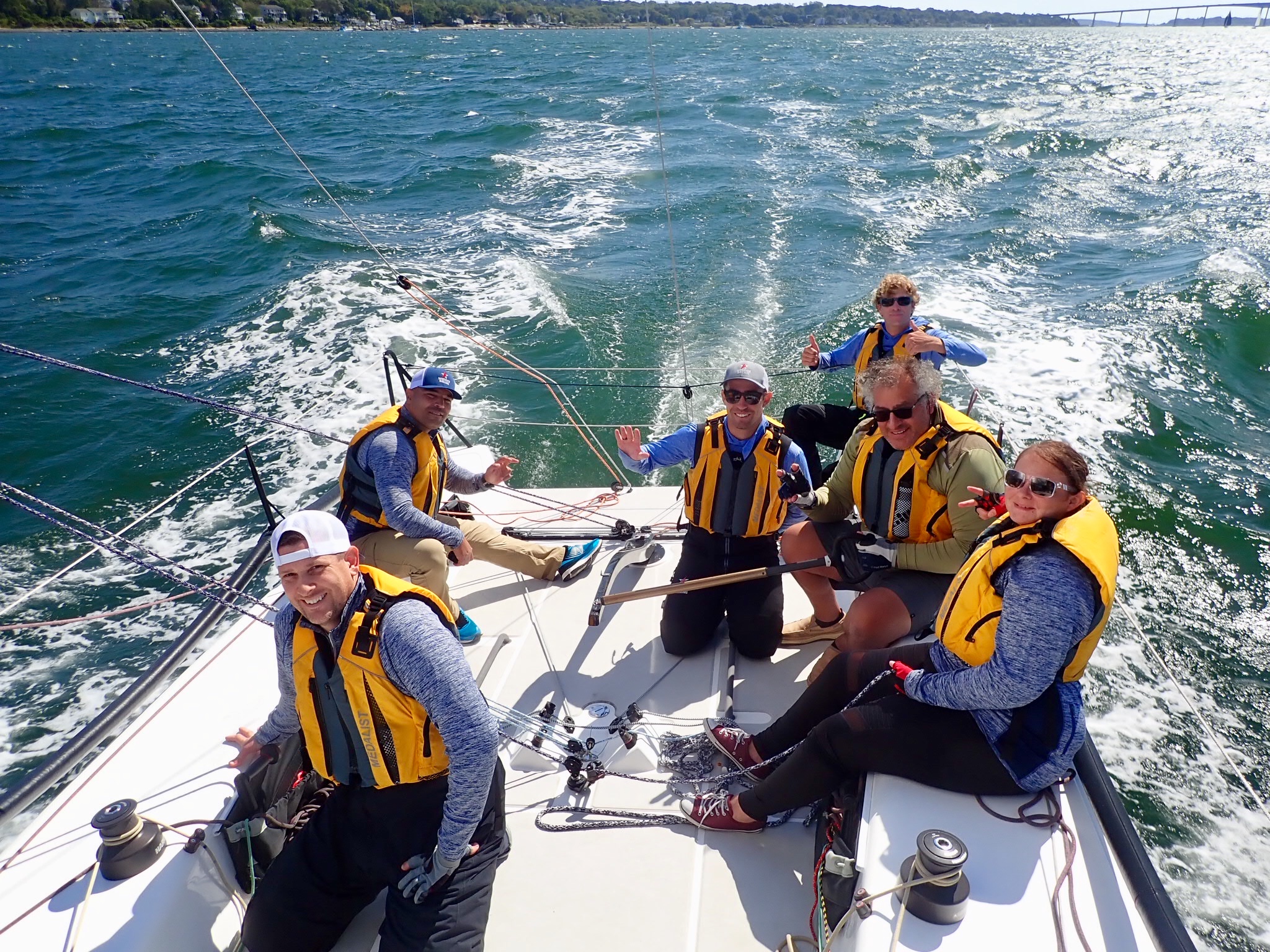